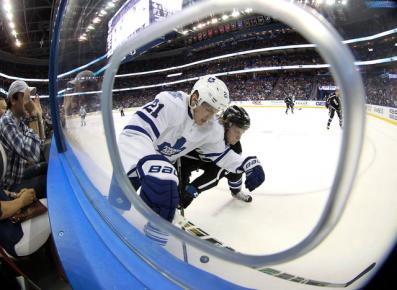 Nikita Kucherov and Ryan Callahan scored in the first period to take a 2-0 lead until Toronto’s David Booth scored in the second to bring the Leafs within one.

However, the Lightning were too much for the Leafs to handle in the third, scoring two more to make it 4-1. The Leafs did manage one more goal from Richard Panik after a slap shot from Nazim Kadri hit him in the shoulder and bounced into the net.

Goalie Ben Bishop made 25 saves for the Bolts who are now three points ahead of the Detroit Redwings for second seed in the Atlantic division.