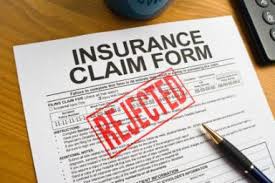 Recently, there has been a lot of talk about a universal drug plan for Canada that would see many prescription medications get covered by...

Recently, there has been a lot of talk about a universal drug plan for Canada that would see many prescription medications get covered by the federal government, as opposed to private insurance companies. This would see the government save some $7.3 billion dollars in health care/drug costs.

As things currently stand, what many people consider in Canada to be our world famous ‘free health care’, is in fact not at all free and could actually be more expensive than most people think. Especially after the expiration of the Canadian Health Accord last year.

The only time that a patient’s prescriptions are fully covered under the Canada Health Act is when they are a patient in hospital.

According to the study published in the Canadian Medical Association Journal that cites the $7.3 billion dollar savings, “prescription drugs in Canada are currently funded by a fragmented patchwork of public and private drug plans that varies by province and leaves many Canadians with little or no drug coverage at all… one in ten Canadians report they cannot afford to take their medications as prescribed.”

One example of a “problem” set of drugs is biologics for inflammatory conditions. These are some of the most expensive drugs in Canada, according to the CMAJ article, costing the federal government $871 million dollars in 2012/13.

These types of drugs are meant to be used for ailments like Crohn’s and colitis, arthritis, ankylosing spondylitis (a variation of arthritis) and psoriasis. These are all autoimmune diseases that over a million Canadians deal with on a daily basis.

Janssen produces medications like Remicade, Simponi, and Stelara, which are all classed as biologics.

According to Crohn’s and Colitis Canada, biologics are targeted drugs that block inflammation in a patients body. They are termed as such due to the fact that they are created from the living cells of humans, animals, or micro-organisms.

Katie Brown, a student at Guelph University taking the Child and Youth Worker Program, was first diagnosed with Crohn’s disease ten years ago. Crohn’s disease is found in the digestive tract and can cause inflammation in the affected area.

She bounced from medication to medication trying to find one that would work in settling her active illness, until finally she found Humira, another biologic that is meant to target Crohn’s.

“I started taking Humira when I was sixteen. And currently my medications are covered under my parents’ insurance plan. My family’s drug plan covers the entirety of the cost for each treatment,” says Brown.

Humira is an epi-pen administered injection that absorbs through the patients muscles, that is taken every other week. Brown takes hers once a week because she did not respond as strongly when it was every two weeks.

The cost of one Humira dose is approximately $1,500-$1,600. A kit of two costs over $3,000. The alternative is Remicade which costs $1,200 per vial. It is an intravenous biologic that is infused over a period of time into the bloodstream.

Eric Lubanszky, a student at Sheridan College who is also in the Child and Youth Care Program, has lived with Crohn’s disease for the last eight years and has been on Remicade for almost as long. He, like Brown, tried different medications to see which one would induce remission for his illness, until he found that Remicade started to work.

“I get my treatments once every two months, and my current dosage is at 800 milligrams, so that’s about eight vials,” says Lubanszky.

This means that one treatment for Lubanszky costs almost ten thousand dollars. $9600 to be precise.

Luckily, Lubanszky is still considered, along with Brown, a full time student and is thus covered under his parents’ insurance plan.

But for how long?

Brown is covered under her parents’ insurance, along with Lubanszky, with the provision that they are still considered ‘dependants’. This means that they have to be in school as full time students and cannot be married in order to qualify. After that, they are no longer eligible.

There are alternatives, however. According to Marla Borenstein who works for pharmaceutical company Janssen advising patients and doctors, “if a patient does not have private insurance, then we can apply to the government or the Trillium Drug Program, which is like insurance but through the government. Everyone is entitled. Anyone who has an Ontario Hospital Number (OHIP) can apply. And it’s income based. So the government bases your deductible, your yearly deductible, on four percent of your net total income.”

The TDP is designed to cover the high costs of certain prescription drugs that have been approved by the Ontario Drug Benefit (OBD) program.

“I know that initially I plan on applying to Trillium through the government which covers certain medications if you have a low income or don’t have one if you’re in school,” says Brown.

That being said, according to the TDP’s website, a person will not be covered if they don’t have private health insurance or their insurance provider does not cover 100 percent of their total drug costs.

This can make it difficult for Lubanszky, who right now is covered under both of his parents’ insurance plans.

“The way it stands currently is as long as I’m a student or until I’m 25, I’m covered. My mom covers 80 percent through her work as a teacher, and my dad covers the other 20 percent through his insurance company. And I pay dispensing fees which is still $500 every two months,” says Lubanszky.

Now the process to apply for coverage can be difficult for first time applicants. Borenstein has to also manage patients’ certification through their own insurance companies. She has to inform their insurance providers of what the drug is, the dosage, and any past medical history.

“A lot of insurance companies have specific criteria that need to be met before they will approve a medication. Like Remicade. So if you meet that criteria and the plan covers your drug, then it will be approved.”

As they approach the end of their school years, Brown and Lubanszky both want to start working with kids. Lubanszky wants to work at a school, or perhaps in a residential home. Brown wants to be a child life specialist, someone who works with kids and their families while they are in hospital. But both are still hesitant about finding coverage.

Finding the right provider can cause a lot of this. Photo courtesy of en.wikipedia.org

When asked how she plans to have her health care costs insured in the future, Brown replied:

“I’d like to get it covered through work. I think there’s a probationary period where your workplace won’t cover you, something like six months, depending on the job. But it’s worrying because a lot of workplaces are going to contract instead and if you’re contracted then you aren’t covered under that company’s drug plan.”

Brown and Lubanszky need to receive their doses on a regular basis, otherwise they will relapse into active disease. Which means their ability to work would be effected, and both could end up back in the hospital, costing the current health care system more money.