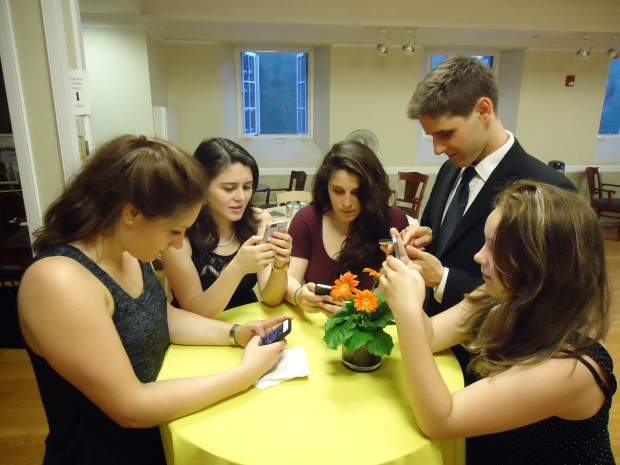 As technology advances, the debate on how it affects the Y and Z Generation becomes more relevant. Life coaches shared their thoughts on the...

As technology advances, the debate on how it affects the Y and Z Generation becomes more relevant. Life coaches shared their thoughts on the topic. Even though there are positive benefits to come from today’s technology, they say it is causing young people to be more emotionally closed off in relationships and social interactions.

According to Julianne Micoleta’s article in the Huffington Post, Generation Z Teens Stereotyped As ‘Lazy and Unaware’, children born between 1994 and 2004 are characterized as multi-tasking whizzes, but are garnering the reputation among older generations of being lazy, unaware, apathetic, less engaged in politics, have short attention spans, and more interested in technology and celebrity than being active in their communities and schools.

“I would say Y and Z generations are definitely becoming more closed off emotionally as a result of social media and instant messaging,” says Joanne Pugh, Author and Personal Empowerment Life Coach. A lot of positive emotion is being lost by lack of involvement in other activities that promote mental and emotional balance. Being out in nature naturally balances the rhythm of mental energy and relieves stress and fear. Being creative in hobbies like music, art, writing, sculpting, engages and stimulates other parts of the brain and releases endorphins that give us joy and satisfaction. They all help the mind to calm down the over stimulus we receive from information overload from social media.”

“We don’t deal with any challenges of face-to-face interaction. So, in some ways, our emotional growth will not have to deal with challenges face-to-face, “ says Smouse. “It is a great tool to keep in touch with somebody, especially if you are traveling or employed in the military but I think far too often it has become a replacement.”

According to an Edudemic article written by Alice Martin, The 4 Negative Side Effects of Technology, more and more young people are interacting with others through different platforms like apps, online games, and social networks that it they do not know how to act in face-to-face interactions or know what gesture to carry,

“It’s a very throwaway relationship type of culture that is being created among younger people,” says Shaler. “They are definitely becoming more entitled, entitled to connect with others at any moment and they are not developing the same emotionally intimate relationship. It’s a shame because you don’t develop yourself as a human being with any boundaries and you’re not setting any boundaries for other people. It’s just not healthy.”

As technology advances so does people’s reliance on it. Author and Life Coach, Patty Hayes says although technology gratifies our lives a great deal, it will never be able to replicate human interaction.

“Nothing can replace actually being with someone, the art of conversation and actually hearing someone’s voice,” says Hayes. “So yeah, there is definitely a detriment to only relying on non-verbal communication.”