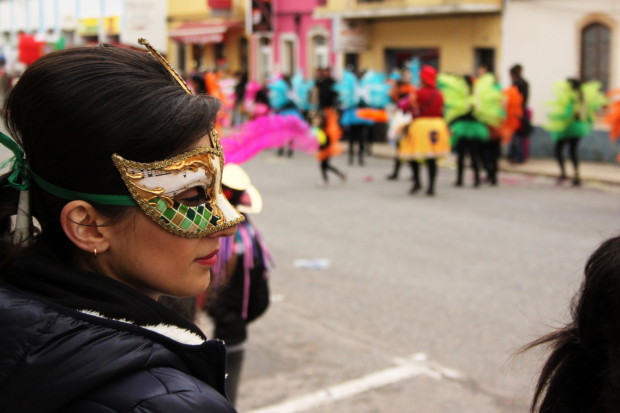 Toronto’s Portuguese community is preparing for another evening filled with the traditions from back home that still make their hearts weak. Dances from Portugal, California...

Toronto’s Portuguese community is preparing for another evening filled with the traditions from back home that still make their hearts weak.

Dances from Portugal, California and Toronto will make an appearance in the Portuguese cultural community centres across the GTA throughout the entire Easter weekend.

Every year, during February and April, Portuguese descendants from the island of Terceira, located in the Azores, gather together to carry on the tradition of Carnival or better known in North America as Mardi Gras.

Carnival, which is celebrated in countries such as Brazil, Trinidad and Tobago, New Orleans, and many parts of Africa, is a festival that is experienced in different ways depending on the country’s culture.

The Brazilians, as an example, dress up in fancy costumes filled with bright colours and intricate designs making each individual person unique and spend the night of Carnival dancing through the streets of Rio de Janeiro and Sao Paolo.

Although Carnaval is generally only celebrated in the month of February, the Portuguese carry on the traditions to April and tie the festivals with the traditions of Easter.

People from the little island of Terceira are known for their musical interest and artistic talents so they use their skills to put together a play for the public to see. This play consists of the leader of the dance who sings and dances, surrounding dancers who also sing and dance, and then between four to eight actors who perform a mini skit.

There are three types of dances that can be incorporated into the Carnival traditions. Two of the three are comedy and then the other is a drama or a tragedy. The leaders of the dance, who is generally always at the centre of the entire group, either choose to incorporate a tambourine, a stick or a sword into their movements. The tambourine and stick represent a comedy act and the sword represents drama.

Grandchildren and children of immigrants continue this tradition in Toronto.

Mother, Luisa Fraga and her fourteen year-old daughter Alexa Sarmento are two of many individuals say they love performing in front of the Portuguese community.

“It’s double the pleasure, obviously it shows me that she’s taking on the steps that I did and she also enjoys it and she’s keeping up with the tradition so, one day in the future she can keep going and maybe teach her kids,” Fraga says.

This is the second year in a row that Luisa and Alexa have done a dance together and it is clear that Alexa, is not only continuing the tradition, but is making her friends and family proud.

“I like performing for everyone and I like seeing people’s reactions to me dancing with my mom and how emotional it gets. I like the traditions, I like how people still come and watch it after many years,” Sarmento says.

Melissa Justino, another avid Carnival performer, say she has been dancing since she was very young, adding it is a tradition that she will never give up.

Justino, along with many other participants in these traditions continue to be passionate about what they do because of family members who are no longer with us

“My grandfather, he’s the one that started my mom into it”.

There will be 11 dances taking the stage this coming Saturday at the Portuguese community centres across Toronto. A dance from Portugal and the U.S., will be making there way to our city to present their dances as well.