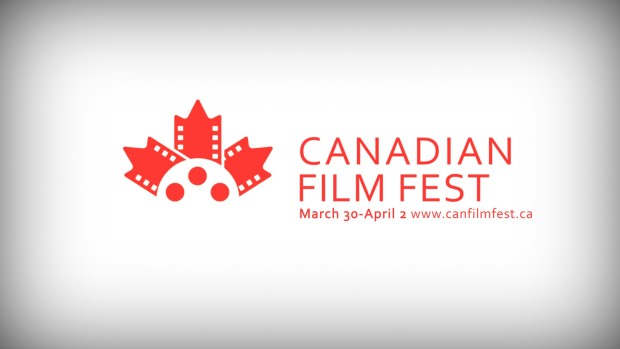 Celebrating its tenth annual instalment this year’s festival runs from March 30 to April 2. The venue for the four day event is the historic Royal Cinema located at 608 College Street. Built in 1939 the theatre primarily screens independent films, global documentaries, and second run features.

Festival Director and Founder Bern Euler anticipates this will be the biggest yet. “Just about sold out! #CFF10 #CanFilmFest,” he tweeted.

The festival will include opening and closing gala events, and showcases a diverse selection of Canadian films. Various submissions include full features, shorts, and global documentaries. Entries are submitted for a small fee and are ranked in a competition for prizes. The Harold Greenburg Screenwriting Competition has a grand prize of $10,000 while secondary prizes include V.I.P. industry and film conference passes.

“I am so honoured that these amazing filmmakers and industry professionals are getting so intimately involved with the Canadian Film Fest this year,” tweeted Euler.

Kicking off opening day, film enthusiasts are encouraged to attend the CFF Masterclass. Located at the Monarch at 12 Clinton Street, from 10:30 a.m. to 4:00 p.m. this intensive study teaches exclusive industry secrets, and special tricks of the trade. The moderator for the event will be Warren P. Sonada an acclaimed, well-established director. Sonada has directed films such as Swearnet, and 5ive Girls, and Trailer Park Boys.

“Buy your CFF Masterclass ticket now (also includes a CFF Fest Pass that gets you all the films and panels!)” wrote Sonada on Facebook.

“Never has so much STAR-POWER been squeezed into one room!” tweeted @CanFilmFest.

For more information on the Canadian Film Fest and how one can purchase tickets, please call 416 846 3378 or click the following link: http://www.canfilmfest.ca/