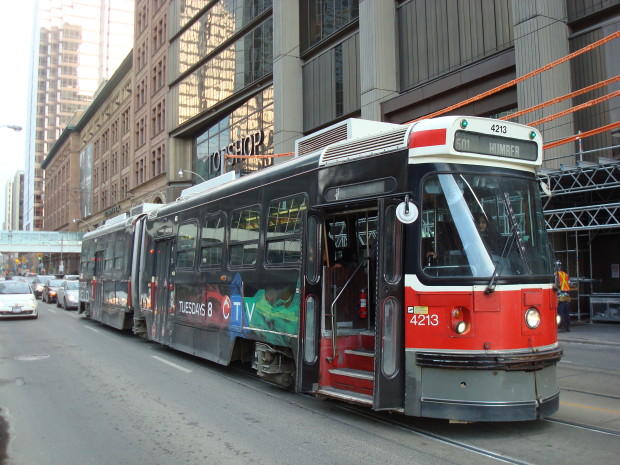 john tory6 Toronto158 TTC18
(Photo courtesy of Wikipedia Commons) The TTC is proposing an increase to fares for the sixth year in a row. The 10-cent increase comes...

The TTC is proposing an increase to fares for the sixth year in a row. The 10-cent increase comes as the transit agency faces a struggle to balance their books with lower ridership numbers and increasing operating costs.

The TTC has released a report that will go to the board next week stating their budget shortfall for 2017 has been reduced to $61 million from $231 million. This is dependent on a number of factors including the proposed 10-cent increase.

Other budget issues include a difficult Presto rollout, the opening of the Toronto-York Spadina subway extension and lower than expected ridership growth. The TTC projected to have 553 million riders this year but it is looking to end closer to 540 million by the end of 2016. This has left the agency with a roughly $32 million hole in their budget.

Earlier in the week the TTC announced service cuts affecting more than a dozen bus and streetcar routes. They are now running certain routes less frequently including the busiest streetcar route, the 504 King streetcar.

Toronto Mayor John Tory made a campaign pledge when running for mayor in 2014 to freeze transit fares yet increased fares every year since he became mayor. Transit fares haven’t been frozen since 2011 when tokens cost $2.50 and adult Metropasses were $121.