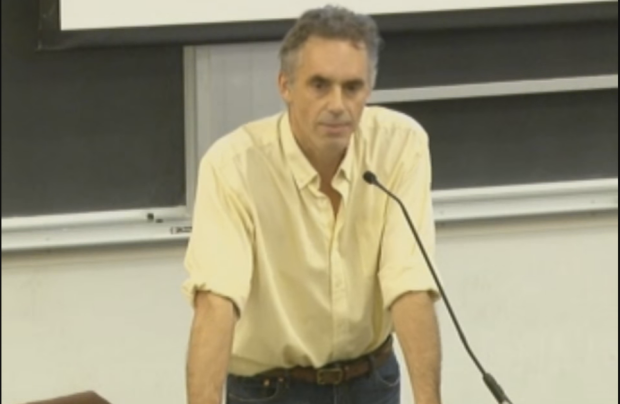 Bill C-161 Jordan Peterson1
Psychology Professor Jordan Peterson defended his refusal to use gender neutral pronouns during a debate at the University of Toronto. The debate was set...

In September, Peterson published a lecture on YouTube about Bill C-16 that sparked outrage. In the video, Peterson said that if he was asked to use an individual’s preferred pronouns, he would refuse. The behaviour has resulted in two appeals from administrators at the University of Toronto, asking Peterson to stop saying things that could be considered discriminatory, according to the Globe and Mail.

“I don’t recognize another person’s right to determine what pronouns I use to address them. I won’t do it,” Peterson said in the video.

The focus of the Nov. 19 debate was on Bill C-16, which if passed, will add gender identity and gender expression to the Canadian Human Rights Code, which will prohibit discrimination based on gender. Most of the provinces, including Ontario have already embraced this in their provincial Human Rights Codes.

Peterson has spoke out against the bill, claiming it to be an infringement on free speech, because it makes it dangerous for people to speak their minds.

“What you do is you do your best to say what you mean, and then you listen to other people tell you why you’re a blithering idiot. And hopefully you can correct yourself to some degree as a consequence of listening to them, and you see, that’s what free speech is about,” said Peterson.

Law Professor Brenda Cossman was also on the panel at the debate. Cossman said that Bill C-16 does not criminalize the misuse of pronouns, as Peterson claims. This means a person cannot be prosecuted for not referring to someone by their preferred pronouns. However misgendering someone could be considered discrimination in certain circumstances under the Ontario Human Rights Code, in which case the defendant would pay a fine.

“If in doubt, ask the person how they wish to be addressed. Use ‘they’ if you don’t know, or simply use their chosen name,” said Cossman.

Kenny Dawkins is a resource assistant at the LQBTQ+ Resource Centre at Humber College. Dawkins explained that gender neutral pronouns are important because they don’t set a bias on a person. “It gives a comfort for people that do not identify as neither male nor female, and it helps with acknowledging that they don’t fit that binary,” said Dawkins.

Rosie Ziman is a student at York University who considers herself non-binary. “For me, gender is something that should be fluid, and up to each individual to decide. I don’t think it’s fair to base my interests or strengths based on the genitalia I have,” said Ziman, in a Facebook message.

“Not using [gender neutral pronouns] and verbally saying you’re not using them, like there’s no purpose in doing that unless you actually want to hurt the people that use those pronouns. You don’t gain anything by saying that, it’s really just hurtful,” said Dawkins.