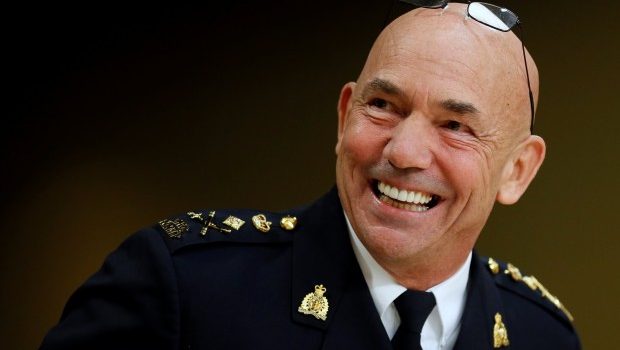 Commissioner Bob Paulson has served in the top spot for more than five years. A spokesman for the RCMP did not comment on Paulson’s reasons for retiring.

Public Safety Minister Ralph Goodale in a tweet thanked Paulson for his service and “dedication to protecting the safety of Canadians.”

Hundreds of people have defied winter weather to walk across the border after the new Trump administration in the United States started tightening immigration policy. While the Liberal government has said it will not clamp down at the border, opposition politicians fear a heightened security risk.

The RCMP has also been in the spotlight in recent years for its treatment of female officers. Last October, Paulson gave a tearful apology as the RCMP reached a settlement agreement over harassment, discrimination, and sexual abuse claims.

The Canadian Broadcasting Corporation reported Paulson said in a notice to staff he was stepping down to focus on his family, while also noting the RCMP has many challenges ahead, including tackling harassment in the workplace.

During Paulson’s tenure, the RCMP had to deal with the challenge of Canadian citizens resorting to violent ideologies. In 2014 a Canadian citizen whom police said was driven by ideological and political motives, killed a Canadian soldier and then charged into Parliament. The gunman had planned to travel to Syria, where Islamic State militants control part of the country.