Ireland may widen inquiry after “appalling” discovery of baby remains 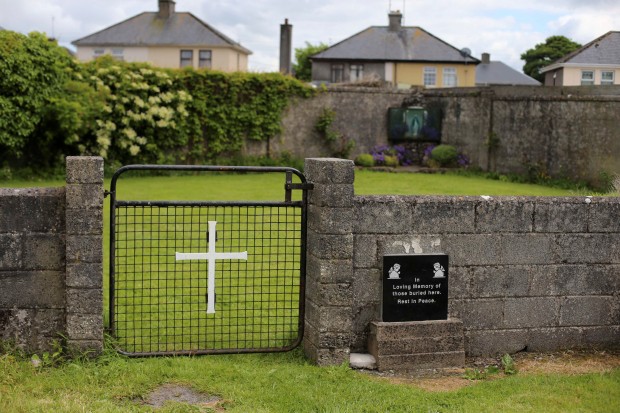 The remains of babies ranging from newborn to three-years-old were found in the sewers of one of Ireland’s “mother-and-baby homes,” government-appointed investigators said on Friday following an excavation they described as “shocking.”

The government ordered the inquiry in 2014 after a local historian’s research suggested up to 800 children may lie in an unmarked grave at the home in the western town of Tuam.

Opposition lawmakers and advocacy groups have urged the government to excavate more sites.

“Back in 2014, I described the way that babies of single mothers were treated in this country as being akin to some kind of sub-species. It’s appalling. Truly appalling,” Kenny told national broadcaster RTE.

“This is not something that happened way back in the dawn of history, this happened in some cases in our own time.”

RTE quoted Kenny as saying that if the commission’s terms of reference needed to be extended “then this would happen.”

The commission is already investigating 17 other church-run homes but advocacy groups say there were many more and that little is known of what went on, including burial practices and grave locations.

“We are aware of over 180 institutions, agencies, and individuals who were involved with Ireland’s unmarried mothers and their children,” the Justice for Magdalenes Research group said in a statement.

“We reiterate our call for an expansion of the Commission’s terms of reference to include all institutions and to include investigations of burial practices at all of these locations. It is well known that the systematic abuse extended far beyond the homes the Commission is investigating.”

The Catholic Church ran many of Ireland’s social services in the 20th century, including mother-and-baby homes where tens of thousands of unmarried pregnant women, including rape victims, were sent to give birth.

Government records show that in the 1930s, 40s, and 50s, the mortality rate for “illegitimate” children was often more than five times that of those born to married parents. On average, more than one in four children born out of wedlock died.

While run by nuns, the homes received state funding and, as adoption agencies were also regulated by the state. The church’s dominance of Irish society has declined sharply after a series of scandals over the abuse and neglect of children.

“It is now imperative that the terms of reference of the Commission are extended to include all institutions,” Mary Lou McDonald of the opposition Sinn Fein party said in a statement.

“This is the only way to get to the truth.”