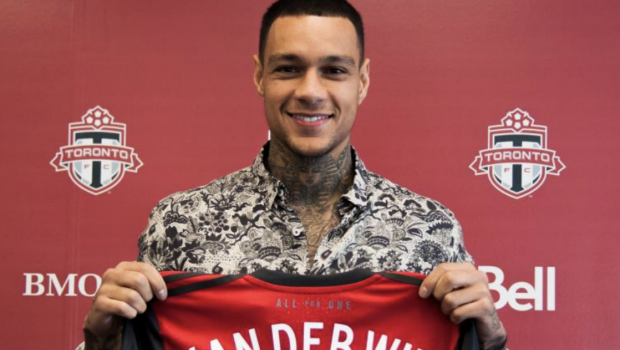 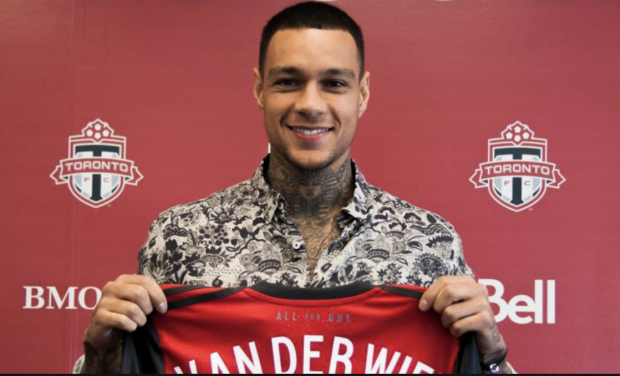 Toronto FC’s new signing Gregory van der Wiel arrived at BMO field for the first time yesterday, days after his signing was announced. The experienced Netherlands International arrives in the 6ix and slots into an already thriving soccer team. Toronto are currently reigning MLS Cup champions and already have Jozy Altidore and Sebastian Giovinco in their ranks.

Back from California, Toronto says hello to its newest signing

Get to know Gregory van der Wiel on the latest TFC HQ presented by @KiaCanada pic.twitter.com/tDEJSGnDud

So what do the fans think of their new signing?

Great acquisition. He will bring a lot to TFC. 👏

God damn. I remember Bayern were sniffing around van der Wiel a few years back. Another solid footballer coming to North America before their career tanks. This is a good sign for footy in NA as far as I’m concerned.

Some fans, however are not convinced about his new jersey number.

Brilliant signing but #9 for a defender lol pic.twitter.com/lO2knT9mQO

What are you doing @torontofc, for real?? Number 9? A full back?? Tighten up

van der Wiel could make his debut for Toronto in the CONCACAF Champions league fixture against the Colorado Rapids on February 20th.

Hi, I'm Coner. I am 20 years old and I am an Overseas exchange student from England.