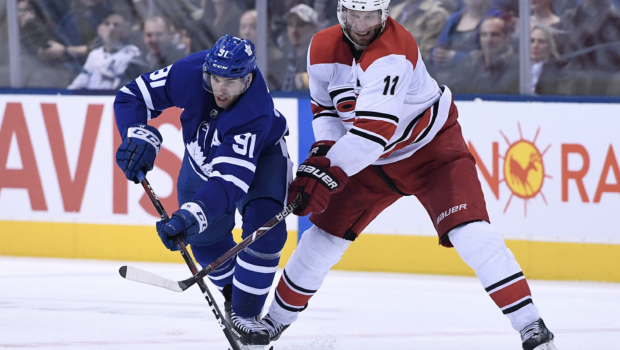 Leafs blown away by Hurricanes

The Toronto Maple Leafs couldn’t find a way to get past the Carolina Hurricanes last night. Backup goalie Garret Sparks got the nod in... 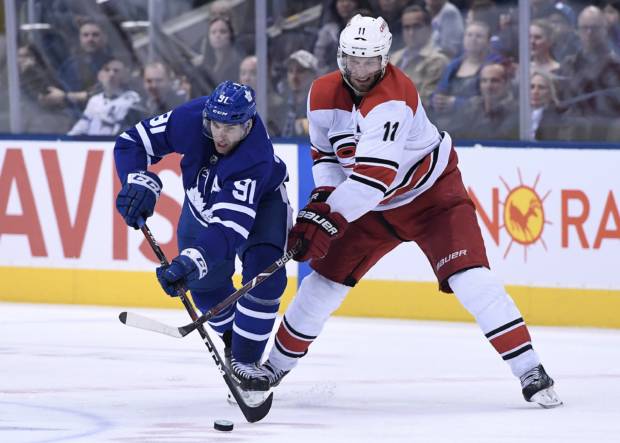 The Toronto Maple Leafs couldn’t find a way to get past the Carolina Hurricanes last night. Backup goalie Garret Sparks got the nod in goal after the Leafs played the night before in New York where they beat the Islanders 2-1.

The Hurricanes wired 37 shots at Sparks and that proved to be all it would take as they defeated the Maple Leafs 4-1. It was a big 2 points for the Hurricanes as they keep scratching to stay in wild card contention for the playoffs but, the Leafs on the other hand have already clinched their playoff spot and now have 2 games remaining before their Cup quest begins next week.

The Leafs already have the Boston Bruins in their sights as they will meet for the 2nd straight time in the first round this year. The past history between these 2 teams in the playoffs have not been favorable towards Toronto. We all remember 2013 and last year, but the Leafs will have to put that behind them and start fresh.

The final 2 games will be against the league leading Lightning tomorrow night at Scotiabank Arena and then conclude the season in Montreal, against the Canadiens on saturday night. It will also be legendary broadcaster Bob Cole’s last game.