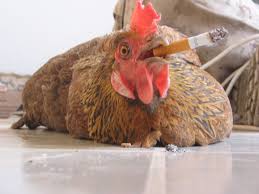 Chicken: You know you want it!

New Hampshire4
You’ve seen the title so you know where I’m going with this. Chicken. We have all heard about it. People compare its taste to...

You’ve seen the title so you know where I’m going with this. Chicken. We have all heard about it. People compare its taste to just about any other type of meat out there: Armadillo, Raccoon and Alligator.

It is everywhere and can be made in so many different ways. Fingers, wings and breasts are just some of the many ways that they are served. A lot of people really enjoy and love chicken. The nice texture, the glow that resonates off the chicken when it comes nice and hot on the plate. Mmmmm that sounds really good right now.

But nothing like in new hampshire! The chicken was amazing. They were very good and very filling. Anyways back to my chicken story, As we went to all these different events, I ended up all around the state. But there was one constant on all the menus and you would not believe it but it was chicken.

The easiest type of chicken to find on a menu would probably have to be chicken fingers or nuggets but there were burgers, breasts and buckets that all were filled with chicken.

One of the top places that I found in New Hampshire was Main Street Station. The chicken was really tasty. It was not too hot so I was able to eat it right away. The portion size was good for me and it came with some fries which I always enjoy.

Another favorite of mine was the ThirstyMoose. This place had great chicken. The chicken was a little bit smaller so that I could finish more portions so that was a bonus. This one also came with fries and had some sauce but I don’t really use sauce all that much.

There are so many different chicken places to go to and not enough time to hit them all. With so many options, one may be rightly confused with all that is thrown at them. I had found a lot of great places in New Hampshire, but I wanted to compare them to something a little closer to home, Toronto to be specific. There seems to be one place that seems to stand out from the rest.

In a piece he did called “Corey Mintz’s 50 under $50 List,” he highlighted that P.G Clucks was the number two spot in Toronto for good food at a reasonable price.

“Cluck’s stands out for a product with superior consistency, integrity, quality and taste.”

Corey is not the only one who enjoys Clucks. Amy Carlberg, a food journalist for Blog TO, said, “The most amazing fried chicken comes out of the most humble of confines.”

While Carlberg puts Clucks at the top of her list, she also has other options such as Bar Fancy, which is located along West Queen West.