healthcare6 Pharmacare1
A Humber College student says he is not surprised with the recent election results since the Liberal’s focus on pharmacare is what Canada needs...

A Humber College student says he is not surprised with the recent election results since the Liberal’s focus on pharmacare is what Canada needs at the moment.

Following Canadians’ decision that Justin Trudeau should remain the country’s prime minister, many voters worry there will be no changes in the government’s plan to fight the pandemic. With the House of Commons’ seat count staying almost the same, Liberals still holding 47 per cent of the seats, citizens say this election was unnecessary. 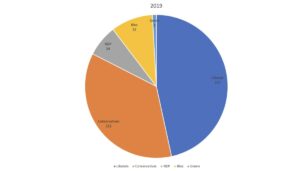 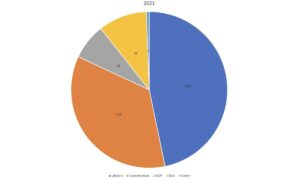 Mehdi Hasan Najarali, a fourth-year public relations student at Humber College who says he has always had a keen interest in politics, says the Liberals’ victory was not a surprise to him and he is happy the minority government provides a balance in power. Even though Najarali says he supports the Liberal party, he says it’s good the NDP still has a lot of influence, especially when it comes to implementing a long-promised establishment of a national pharmacare plan, the necessity for which has increased dramatically during the COVID-19 pandemic. 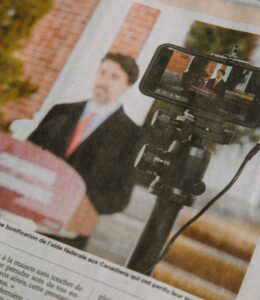 In late August, at his campaign stop in Thunder Bay, Ont., NDP’s leader Jagmeet Singh said the pharmacare plan he wants to implement by the end of 2022 would cost the government just under $11 billion a year, saving more than $4 billion on provincial funding for prescription drugs. Singh mentioned the Liberals’ failure to implement the long-promised pharmacare plan. Even though in this year’s campaign, Liberals pledged to allocate $500 million for a pharmacare plan that would cover expensive drugs for rare diseases.

“The Liberals have this strategy: ‘Why deliver something when we can just promise it?’,” said Singh on the eve of the September election. He added that NDP plans to cover a ‘broader formulary’ than Liberals.

“Even though I think the NDP’s healthcare platform seems to be more progressive, the problem is that it is not fully costed, and there are no clear ideas as to how to pay for it. But knowing what’s in the background of the policy platform for the Liberal Party, I think their plan is more pragmatic since they’ve moved forward with universal pharmacare and other programs that are fully costed out and will help all Canadians,” says Najarali.

Despite Trudeau’s government being criticized for not loving fast enoguh to put a plan into place, Najarali says pharmacare was at the forefront in one of the top five policy platforms that were passed in the party convention that happened before the election. So, Najarali says, what matters is when will the Liberals choose to bring it forward in the House of Commons.

“Doug Ford, Jason Kenney, all those guys, would they be willing to cooperate? Their track record over the past three years or so makes me think not. They are mainly about cuts to social programs. So, I would say that they could implement it on a national level, but it would take the provincial governments to accept the investment and proceed forward,” Najarali says.

However, pharmacare was not the main focus for all of the federal parties’ healthcare platforms. The Conservatives, for example, have not endorsed the pharmacare plan for years and have promised to negotiate down the drug prices and fund mental health care services, ensuring mental health coverage to employees and establishing a national suicide prevention hotline. The Green Party is primarily advocating for supporting the country’s mental health strategy and a suicide prevention plan.

Najarali says he believes that suicide prevention plan and securing mental health coverage are really important aspects that should be given special attention. But he also says it is important to set the priorities straight. Instead of simultaneously working on several issues, all levels of government should realize how acute the pharmacare problem is across Canada.

He says if there’s one thing to focus on, it should be pharmacare because people need prescription drugs now. Especially those who were fortunate enough to recover from COVID-19 but are still fighting long-lasting respiratory problems, so people’s lives depend on it.