The almost 10-minute flight was originally scheduled for Tuesday but it got postponed for Wednesday due to high winds.

Shatner’s space flight drew a range of reactions from experts.

“I think it’s great that somebody who spent many, many hours playing the role of a starship captain actually gets to experience going to space,” Olathe MacIntyre, a staff scientist at Space Place and the Science North Planetarium says about the Star Trek actor. 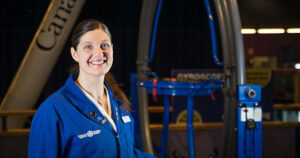 Shatner, 90, is now the oldest person to go to space.

Nathalie Ouellette, coordinator of the Institute for Research on Exoplanets at the University of Montreal says this was an interesting test on how well an old person does in space but beyond that, there isn’t a scientific reason for this flight to happen. 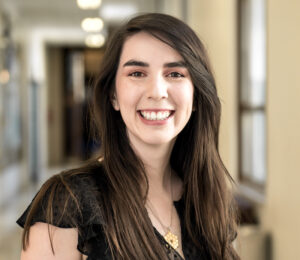 2021 has marked the emergence of multiple private companies sending humans to space — in some cases, largely for tourism purposes.

Ouellette says space has become more accessible and, as a result, the focus has evolved from having just scientific missions to a mix of scientific and space-tourism missions.

“The private industry can be a lot more flexible and a lot more aggressive in terms of their technology development,” Ouellette says on the privatization of space exploration. “There can be a good partnership there.”

But privatization, Ouellette says, means who and what goes to space now won’t necessarily have the scientific motivation or even a motivation related to what is the best for society in general.

“As a scientist, it’s always a little bit more of an uneasy feeling when you see that scientific considerations are being replaced by financial considerations,” she says.

In the previous century, the space race was between countries and their space agencies. This space race aligned with the cold war and resulted in the development of technologies that have made life better on earth and many more scientific achievements.

In this century and especially in the past decade, space agencies such as NASA have partnered with private companies for space missions.

SpaceX has already launched three crewed missions to the International Space Station for NASA and has one more mission scheduled for later this month.

Ouellette says although it’s not ideal, she still prefers the modern space race over the cold war space race.

“I don’t love financial considerations, but I prefer them to military considerations,” she says. “I like the fact that there’s less of a monopoly, there are more players that are involved, which sort of evens out the playing field.”

MacIntyre, on the other hand, believes the involvement of private companies in space exploration is generally good.

She says criticism of involvement of private companies such as environmental implications, financial inequity with societal issues, and elitism are unfounded.

MacIntyre points out that private space companies are still producing scientific innovations and they have developed sustainable ways to launch rockets.

“Now where space tourism is sort of just opening up, it is very elite but so was owning a telephone at one point,” she says.