Federal3 Trudeau10
The Liberal government made promises on COVID-19 pandemic recovery, fighting climate change, moving forward on reconciliation and growing the economy in the throne speech...

The Liberal government made promises on COVID-19 pandemic recovery, fighting climate change, moving forward on reconciliation and growing the economy in the throne speech delivered Tuesday.

“The decade got off to an incredibly difficult start, but this is the time to rebuild,” Gov. Gen. Mary May Simon said, reading from the speech prepared by Prime Minister Justin Trudeau’s government. “This is the moment for Parliamentarians to work together to get big things done, and shape a better future for our kids.” 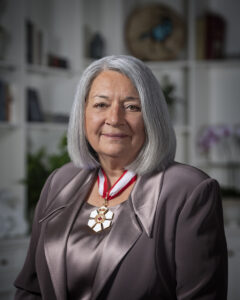 Muhammad Ali, a senior consultant at Crestview Strategy, said this is a historic milestone. 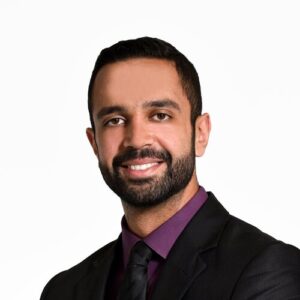 The speech was delivered in Inuktitut, Simon’s native language along with French and English.

This is the second throne speech since the pandemic started. The other throne speech was delivered by former Gov. Gen. Julie Payette in September 2020 after the parliament was prorogued earlier that year.

This year’s throne speech reaffirmed some of the promises made by the Liberals in the September election that resulted in another Liberal minority government.

A minority government means Prime Minister Justin Trudeau will need the support of at least one opposition party to make bills into law and operate the parliament.

Ali said an obvious partner for the Liberals is the NDP.

“There’s a lot of similar and aligned priorities between both of them,” he said. 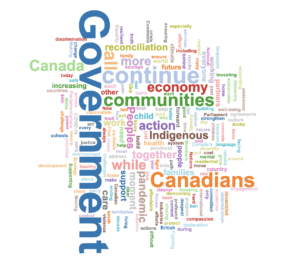 Many, including Ali, expected the speech to highlight some of those aligned priorities between the Liberals and the NDP, such as pharmacare, paid sick days, housing affordability and tax increases on the banks.

However, the throne speech only talked about housing affordability.

Ali said it is important to see what makes it into the speech and the specific wording used in the speech.

“That will determine where the government puts most of its effort into,” he said.

The speech talked about the B.C. floods and the dangers that climate change poses.

“Our Earth is in danger,” Simon read. “From a warming Arctic to the increasing devastation of natural disasters, our land and our people need help. We must move talk into action and adapt where we must. We cannot afford to wait.”

Ali believes this is a strong signal.

“Coming out of this pandemic, finally, into the endemic, there are still the issues around Indigenous reconciliation and climate change,” Ali said. “We need to start planning and executing on policy and investment.”

On climate change, the speech said the government is taking real action.

“Canada will emerge from this generational challenge stronger and more prosperous,” Simon said. “Growing the economy and protecting the environment go hand in hand.”

Other priorities highlighted in the speech include the child care program, creating Canada Water Agency, buyback of banned assault-style weapons and developing an anti-racism strategy.

Featured image by Michel Rathwell from Cornwall, Canada, CC BY 2.0, via Wikimedia Commons.