Restaurants back to serving at full capacity after lockdown limitations

Restaurants across the province are welcoming their customers back to full capacity.

After months of recurring lockdowns and capacity restrictions, the Ford government announced Friday, restaurants would be allowed to operate at 100 per cent capacity, starting Monday.

“Thanks to our cautious and careful approach to re-opening, we are now in position to gradually lift all remaining public health measures over the coming months,” Premier Doug Ford said in a statement.

Fran Bell, general manager at The Lakeview Restaurant in Toronto, says she’s relieved to be able to welcome more people back in – and it’s because of community support that has helped them survive for so long. 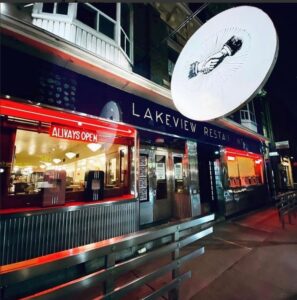 “A lot of people bought gift cards, t-shirts and all kind of merch just to make sure that we are around once this is all over,” Bell says. “I think that the Lakeview is a mainstay in the community and people appreciate what we are putting out there. It’s really nice to feel and see.”

The Lakeview is also a popular filming destination for productions to shoot diner scenes in film and television. It can be seen in Guillermo del Toro’s The Shape of Water, Cocktail, Hairspray and The Boondock Saints as well as shows like Nikita and Suits. 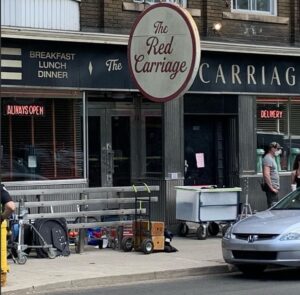 A film shoot takes place outside The Lakeview, renaming it "The Red Carriage" for production. Photo credit: Lakeview Instagram page

Bell said the film and television industry has also helped keep business afloat during the pandemic.

“We had a really big shoot which was really, really helpful,” Bell says. “We’ve been working really closely with the film industry for 13-14 years now. We have a great relationship with a lot of the people, and we love them and they love us. We know how to do it, we’ve done it before and we understand exactly what they’re looking for. As for the space itself, it just shoots beautifully and turns out amazing on camera.” 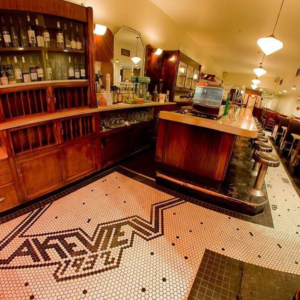 “In the future, we think there needs to be some clear planning on what pandemic plans look like,” Rilett says. “Operators just want to know what they have to plan for, what stages to expect and what level of lockdowns.”

He added restaurants were likely the easiest ones to single out when it came to the government deciding what to reopen.

“The most egregious example was when 20,000 people could sit in their arenas side by side, and yet you still had strict restrictions in restaurants,” Rilett says. “We’d seen that all along where restaurants did everything they were asked to. They invested all the money that they were asked, but they kept getting shut down without any evidence of whether they were a problem. So, it’s frustrating.”

Bell agrees. Although she doesn’t understand why sporting and performance venues were allowed to operate at full capacity, she understands why the government took their time to allow restaurants to get back to full capacity.

“I was a little weirded out when they increased the capacity limits to the stadium first before restaurants,” she says. “I thought that it was an odd decision but the vaccine passport is a really great thing. Maybe they were just feeling like the stadiums had it better in hand as far as enforcing and so they were a little worried that restaurants wouldn’t get behind it fast enough.”

Bell also says people have had no problems showing their vaccination passports since reopening.

With the holidays around the corner, restaurants can expect reservations to ramp up for get-togethers and parties but staffing shortage is a problem, as Bell says.

“Staffing’s an issue. There’s not enough bodies out there. We’re usually open 24 hours and we’re looking to get back as soon as we can. We just don’t have the staff for it yet.”