Representatives of almost 200 countries have gathered in Scotland for the 26th United Nation Climate Change Conference of Parties (COP26).

The main goal of the summit is to secure global net zero greenhouse gas emissions by mid-century and not let temperatures increase by more than 1.5 degrees. To achieve this, countries are being asked to pledge to reach ambitious 2030 emissions reduction targets.

“COP26 is our last best hope to keep 1.5 in reach,” Alok Sharma, COP26 president said in his opening speech at COP26. “Let’s come together over these two weeks and ensure that where Paris promised, Glasgow delivers.”

Prime Minister Justin Trudeau reiterated this commitment in his speech at the summit.

“We’ll cap oil and gas sector emissions today and ensure they decrease tomorrow at a pace and scale needed to reach net zero by 2050,” Trudeau said.

Lisa Stein, a professor of microbiology at the University of Alberta, is skeptical of the promises being made, citing many promises made at other summits such as the Paris summit haven’t been kept. 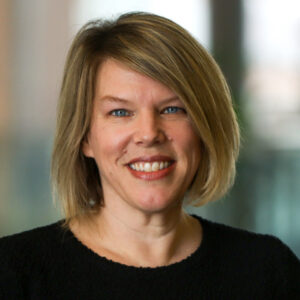 “It is too late in many ways. We’re not going to avoid disastrous effects,” Stein said. “No matter what’s decided at COP26, we’re already in climate change.”

However, she believes that if these promises are kept there could be positive changes in the decades to come.

One of the major announcements so far from the summit is over 100 world leaders pledging to end deforestation by 2030.

Student climate activist Sophia Mathur, 14, said adults need to take action and follow up on all the promises they make.

“It’s really important, especially for future generations, and for the youth that are worried for their future,” Mathur said.

“We’re there to put pressure on them and tell them that us youth care about this and that we want adults and politicians to take action on this.”

Despite all the unrealized promises, Mathur is hopeful for this summit.

Stein also shares the feeling of hope and optimism.

She said people experiencing more extreme climate events as compared to before has resulted in more awareness and pressure on leaders to take action.

“Because of the visibility of climate change, I think…that will be more of an imperative to make real changes,” Stein said.

Canada’s role at the summit is not just limited to announcing its domestic climate plans.

According to Glen Hodgson, expert panelist at Canadian Institute for Climate Choices, even as a country with a fairly small economy Canada can play an important role as a consensus builder among major powers. 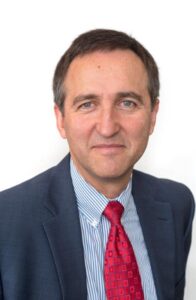 He said Canada can be an example to other countries with a strong carbon pricing policy.

“Canada is showing other countries that even a major emitter of greenhouse gases and also oil and gas exporter can also begin to get serious and putting the kind of policies in place that are going to be required,” Hodgson said.

Carbon pricing is considered a crucial policy to reduce greenhouse gas emissions — one that is supported by science.

Canada already has a carbon price policy and the government has announced a plan to increase the price from $65 per tonne of greenhouse gas emissions to $170 per tonne by 2030.

“So, the whole package of policies is important within Canada, but also an important signal to other countries, that you can do all this,” Hodgson said.

One such policy was announced by Trudeau during his speech at the summit. He wants to cap oil and gas sector emissions directly.

Stein expected this push of reducing reliance on fossil fuels.

“Unless the world commits to ending the use of fossil fuels, we will not escape deeper climate crisis,” Stein said.

Another thing that Stein hopes to be addressed at COP26 is the way the agriculture industry works.

“We do have a still growing human population that has to eat,” Stein said. “And unless we change our agricultural systems, we’re not going to be able again to escape deeper climate issues.”