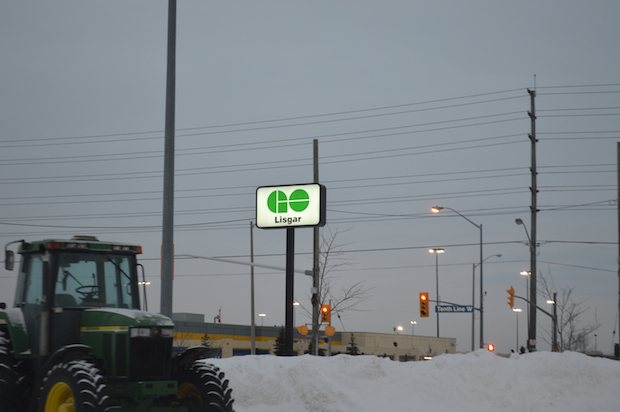 Delayed train brings out the good in people

Transit26
My mother always told me as a child to never talk to strangers. But on a cold day like today, I had to make...

My mother always told me as a child to never talk to strangers. But on a cold day like today, I had to make an exception.

It was an eerie feeling driving to the GO station to catch the southbound 6:30 a.m.  GO train today. Only a few cars and buses occupied the icy roads.

Little did I know I would be spending the next two and a half hours inside Lisgar station, which is located in the Winston Churchill and Highway 401 area of Mississauga.

The Lisgar station lies south of Milton, which means any disruption northbound on the line would affect commuters down the line.

I stood on the jammed platform huddled with other cold commuters when the announcement was made that trains could not leave Milton station because the frigid temperatures had left a freight train disabled on the tracks.

Some people reacted with loud sighs, others just looked sleepy.

I crossed paths with Hannah Bak, 36, a mother of two, who lives in the Lisgar area. She is a manager at the Shoppers Drug Mart.

By 7:30 a.m., the station was full of angry commuters. I could  hear people calling their bosses telling them they are going to be late. I felt the panic in air.

I was sympathetic to their panic. I had a 9 a.m. class and was worried I would not make it in time.

Around 7:50 a.m., I made a frantic call to my father, asking him to save me from waiting at the train station. He advised me to go the station attendant and determine if there were any alternate bus routes that I could take to get of there.

I then called my mother to inform her of the delay.

Everyone started scrambling in the station, trying to find other ways to get to work. I heard one couple standing next to me say the Lakeshore East GO train was not delayed.

Then there was the voice behind me, asking if anyone needed a ride.

Bak and I rushed to him.

Our Good Samaritan, by the name of Justin, is a regular commuter who takes the GO train to avoid the morning traffic. He works near Islington station and was willing to drive us to Kipling station.

Justin said he had three spots in his car. Bak used her cell to call  her neighbour, Firew Tefferi, who was also stranded somewhere on the Lisgar platform. Tefferi works downtown as well.

Whether it was the cold or not, Tefferi forgot how long he was at Lisgar station.

For other commuters, the wait was not long.

“I basically waited for 10 minutes. I usually take the 8:30 a.m. train. I heard the announcer say that the 7:05 a.m. train was on its way in five minutes,” said Hendrick Molera, 26,  a graphic designer at Young & Rubicam Ad agency.

Meanwhile, I was able to make it to my class on time by taking a drive with three interesting strangers.

Justin’s kindness cut through the eerie cold tension of themorning for this trio of commuters..

“Instead of waiting till nine this gentleman gave us a beautiful gift,” Bak said.